Aged Care Royal Commissioner Honoured for Service to the Law

Feb 24, 2022/admin/Comments Off on Aged Care Royal Commissioner Honoured for Service to the Law 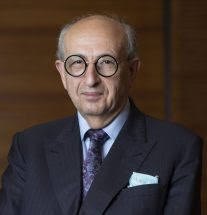 Aged care Royal Commissioner Tony Pagone was among 155 appointed a Member of the Order (AM), which is given for service in a particular locality or field of activity, or to a particular group.

Mr Pagone, who was recognised for significant service to the law, the judiciary, and professional associations, joined the Royal Commission into Aged Care Quality and Safety in September 2019 and became its chair a month later following the death of Richard Tracey.

“I am grateful for the opportunity to act as patron to ALARM, an organisation addressing the inadequacies identified by the royal commission and contributing to the reform of the aged care sector by ensuring Australia’s most vulnerable people have access to legal support and services,” Mr Pagone said at the time.

Aged Care Royal Commissioner Honoured for Service to the Law